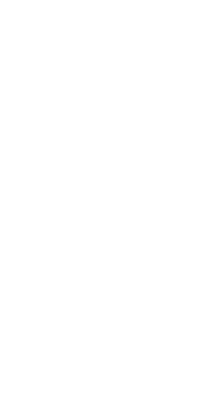 One of HM&C’s largest, successfully litigated subrogation cases was determined by the Nevada Supreme Court.

An employee of a casino was kicked in the head while at work by a Go-Go dancer performing on an elevated stage. The dancer was an employee of a third-party company. As a result, the casino employee suffered a contusion to her head and a cervical strain to her neck, which required fusion surgery.

HM&C assisted the Third-Party Administrator (TPA) in navigating the workers’ compensation claim and, through negotiations with opposing counsel, came to a settlement. However, we continued to fight for our client by pursuing a subrogation case against the Go-Go dancer and her employer.

In the district court, it was determined that the casino employee (the Claimant) and the Go-Go dancer were co-employees, and thus the TPA would not be able to recover the lien they had obtained from the Claimant’s medical bills. However, we were confident of our understanding of the law and proceeded to file an appeal of the district court’s determination.

HMC argued in favor of the TPA, pointing out that the Go-Go dancer/employer (the Respondent) was an independent enterprise contracted by the casino (the Appellant) to provide dancers and present entertainment in the casino’s gaming establishment.

Through our investigation, we found that the Respondent had complete control over the shifts, costumes, discipline, dance routine, and hiring and firing of the dancers and other agents. Moreover, the Respondent and its employees were on-site to manage and fully monitor the dancers during performances. The Appellant casino had no part in said management or maintenance of the entertainment provided by the Respondent.

The Supreme Court of Nevada ultimately found in favor of our client and Reversed and Remanded the district court’s determination. The Court stated that:

The Court further clarified that the “control test” used by the district court is not dispositive in determining immunity under the NIIA. The Court also agreed with the arguments made by HM&C when it stated that:

Although the district court appears to also have concluded that [Appellant] and [Respondent] were in the same trade or business, see NRS 616B.603, the appellate record does not contain any evidence to show that Appellant’s casino business included dancing so as to constitute the same business as Respondent, which provides Go-Go dancing entertainment.